The MAP was created for individuals who want to compete alongside elite players and be challenged by elite coaches.

The Minnesota Advancement Program is the Elite division within FHIT Hockey. The MAP was created for individuals who want to compete alongside elite players and be challenged by elite coaches. The MAP develops hockey players during the eight months of the off-season and mentors, scouts and recruits players during the four months of their season.
Discover more Below are some of the many benefits each MAP Student is eligible for:

Working with Edmentum, the official learning partner of TPH, we are able to offer a completely customized platform, where individuals study online, with certified instructors. We provide a comprehensive program that includes academic coaching, best-in-class academics & a learning community that is focused on development.

From weekly skill progressions to a synergistic strength and conditioning program we have every base covered to ensure the best off-season of your career.

Our Experience Also Includes Guiding Families And Mentoring Players Who Have Gone On To Make Their Dreams Come True, Including: 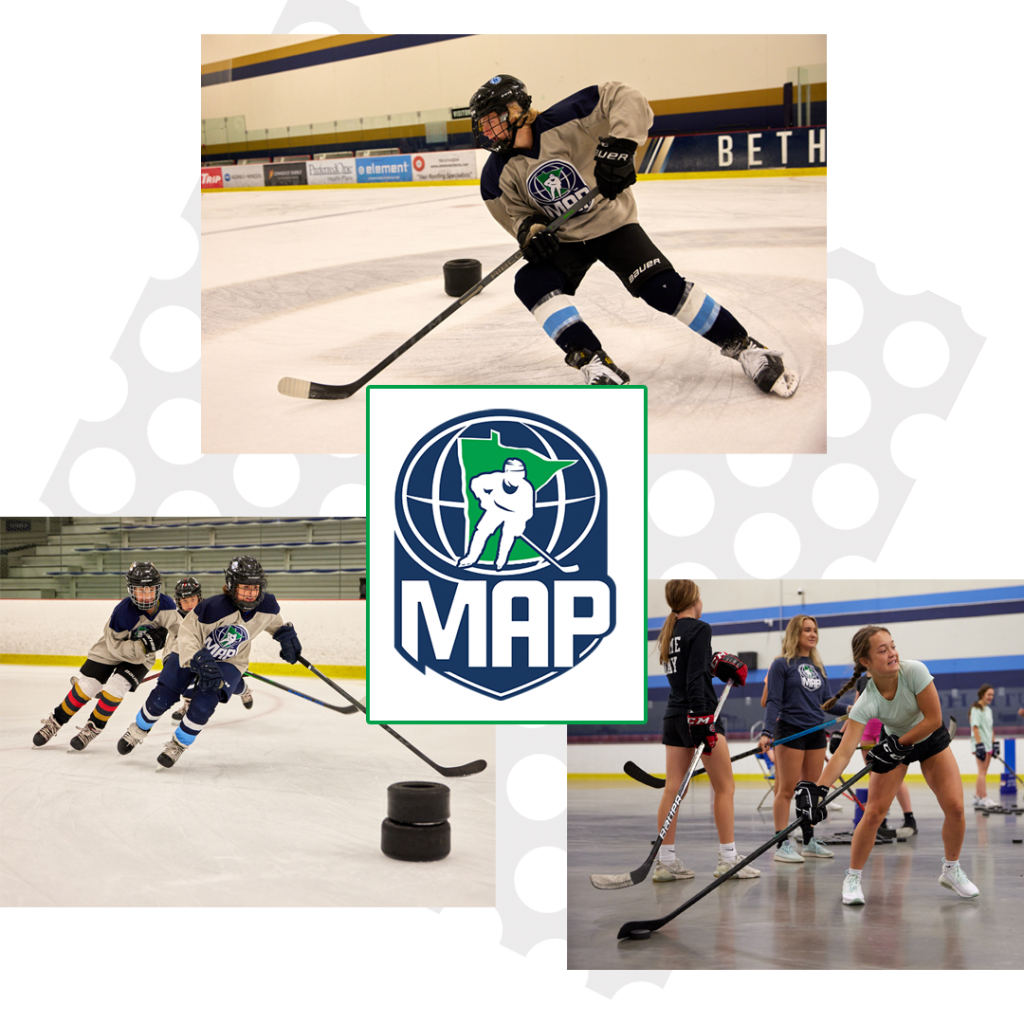 THE MOST EXPERIENCED & KNOWLEDGEABLE STAFF IN THE COUNTRY

The Minnesota Advancement Program is the Elite division within FHIT Hockey. The MAP was created for individuals who want to compete alongside elite players and be challenged by elite coaches.

Connect with us on social Dan is born and raised in Anoka, MN. He grew up playing hockey for Anoka High School, where he earned all-conference honors and helped his team to a state tournament birth in 1997. He began his post high school hockey career playing in the USHL for two years with the Des Moines Buccaneers winning two Anderson cups and one National Championship.

Upon completing his tenure with the Buccaneers, Dan played collegiately at Northern Michigan University, where he played for 4 years. He is the only player in school history to earn the Jim Mussatto Memorial Endurance/Fitness 4 years in a row. He graduated in 2003 with a Bachelor of Arts degree in Finance and a Minor in Marketing.

Upon graduating, Dan played four additional years of professional hockey in the UHL, SPHL, and the CHL. While in the CHL playing for the Amarillo Gorillas he earned Rookie of the Year for his team. He also spent time playing oversees in the Asian Hockey League for a team based out of Seoul, South Korea.

Dan has been with the company for 9 years and is currently one of the North Campus Mangers. He brings a hardworking, no nonsense attitude to the MAP and the players he works with. He is passionate about helping players develop both on and off-ice and looks forward to working with players who strive to improve their game to the next level. Born in Lansing, MI, Brett grew up playing in the Flint Icelanders and West Michigan Warriors organizations, and finished his youth hockey career by scoring the Midget A State Championship game winning goal for the Lansing Capitals.

After graduating from Grand Ledge High School, Brett spent two years playing for the Green Mountain Glades of the EJHL, where he was named Assistant Captain and earned team leading scorer and most improved player awards. In his final year, Brett joined the Hawkesbury Hawks of the CCHL in Hawkesbury, Ontario under Memorial Cup winning and current AHL coach Eric Veilliux. While with the Hawks, Brett helped the team to league and regional championships (selected championship game MVP), before falling to the eventual champions in the Royal Bank Cup semifinals.

After juniors, Brett played 4 years at Augsburg College in the MIAC, where he was voted team Rookie of the Year and served as Assistant Captain in his junior and senior years. Brett made the Dean’s list and graduated in 2009 with a Major in Business Administration and a Minor in Information Systems.

After graduating, Brett has continued coaching and teaching the game he loves and has worked with hundreds of players from mites to college looking to improve and get to the next level. His coaching experience includes: 9 years as lead instructor with Laura Stamm Power Skating; 1 year with the Lumberyard Hockey Training; Assistant Coach for the National Finalist Twin Cities Northern Lights; Assistant Coach for the Stillwater Bantam A; and 2 years with Northern Educate Academy. Brett has been working with the MAP and FHIT programs for 3 years. Garrett aka Gman hails from Plymouth, MN. He started playing hockey at age 7 for the Armstrong Youth Hockey Association. In High School, Garrett was a three-sport athlete playing baseball, football, and hockey at Benilde–St Margaret’s. Garrett experienced great success while at BSM where he won two state hockey championships in 1999 and 2001. It was also where he met his longtime mentor/coach Jack Blatherwick, an expert hockey training physiologist. Jack made a significant impact on Gman in a number of ways including how to train sport (Hockey) specific and how to train smart not just hard.

After High School Garrett moved on to play two years in the NAHL for the Bozeman Icedogs. From there he moved on to college and played four years at the University of St Thomas, where he was a part of a National Runner-up team and was a captain his senior year. Garrett then turned pro in 2008 and played 6 years of Professional hockey for the Odessa Jackalopes, Rapid City Rush, and the Wichita Thunder. After the 2014 season, Gman hung up his skates and he now coaches full-time.

Garrett began his career at FHIT working for the MAP program since 2005. Garrett is in his 5thyear as an Assistant coach for his Alma mater University of St. Thomas. He primarily works with the team’s defensemen and does video analysis.

One of the coolest things for him is seeing all the kids that have gone through the program over the years that have progressed from Pee Wees/Bantams to now Junior, College, and Professional players. 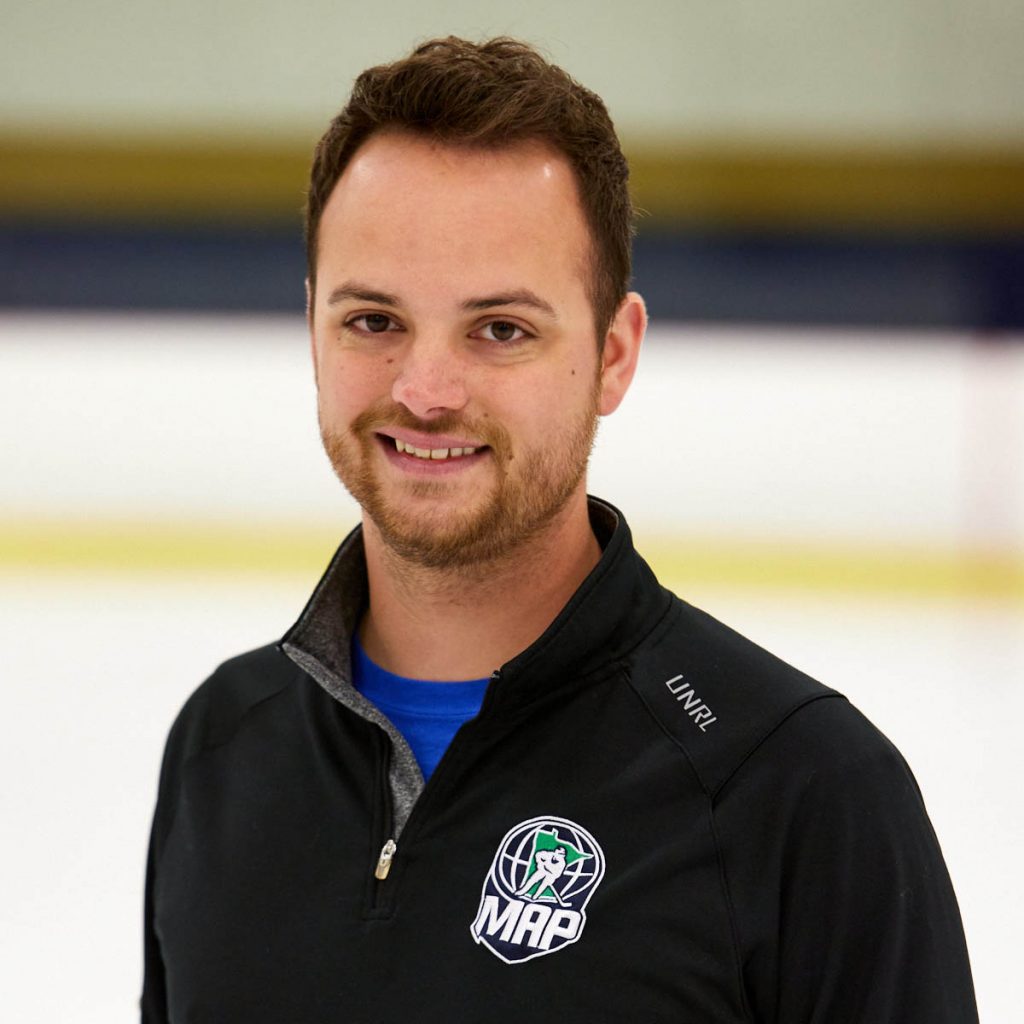 Josh is from Roseville, MN and brings over a decade of coaching experience. He comes to MAP after serving as the Head Coach of Women’s Hockey at Plymouth State University (NCAA DIII) in New Hampshire from 2020-2022. While at the helm of PSU, Josh led the Panthers to new program heights, including the first unbeaten start in program history in ‘20-’21 and many individual player career bests. Under Funk’s leadership, over 20 players in two seasons earned Academic All-Conference Awards, 1 All-Conference, and 6 Academic All-Americans.

Prior to Plymouth State, Funk was an Assistant Coach of Women’s Hockey at Robert Morris University (NCAA DI). While at RMU, he focused on the individual skill development of players and coached multiple CHA players of the week and a NCAA National Player of the Year. Funk helped guide Robert Morris to a 20-12-4 record and a spot in the championship game of the College Hockey America tournament in 2019-20 while the team also earned a top-10 ranking (USCHO) and finished #1 in the CHA.

Josh attended St. Thomas Academy and was a part of MAP/FHIT at its beginning stages. After graduating, Josh graduated from Gustavus Adolphus College in 2012 with a degree in Psychology and Coaching. He then attended Miami University for his Masters in Sport Psychology while coaching their women’s hockey team to a 29-3-2 record and were runners up at the national tournament.

He looks forward to watching players get better every single day and advancing to the next level. 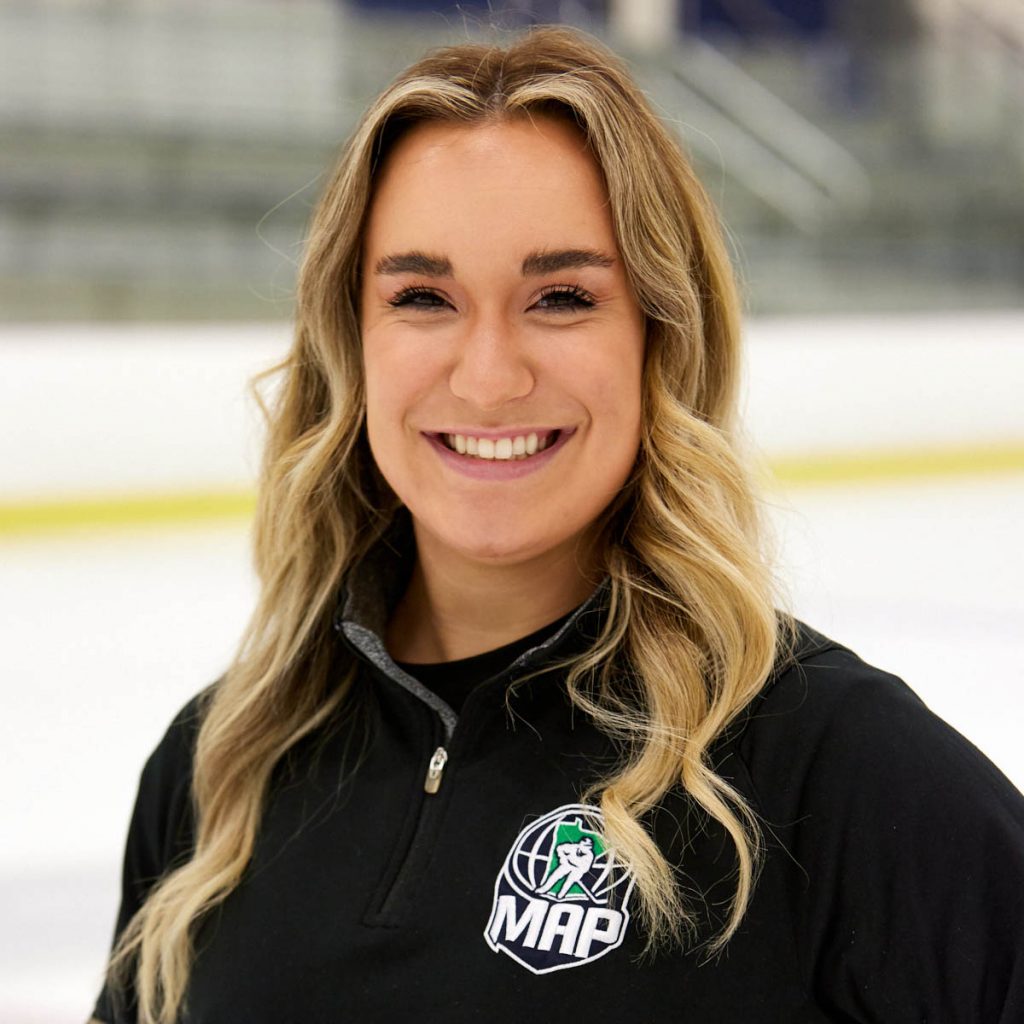 Elizabeth (“Biz”) Bauer grew up playing hockey in Wausau, Wisconsin.  She played high school hockey for the Central Wisconsin Storm where her team compiled a 62-17-3 record and earned three trips to the state tournament.  In only three seasons and 80 games she scored 125 points, including 82 assists (a Storm career record) and is the sixth leading point scorer in team history.  As a junior and senior she was captain and as a senior named 2nd Team All-State.  After graduating high school in 2016, she continued her hockey career at UW- Eau Claire where she helped lead the Blugolds to their first three national tournament berths, two O’Brien Cup Tournament Championships and one WIAC Conference Championship and an overall 80-26-9 record.  She currently holds the UW- Eau Claire Women’s Hockey record for assists (65) and accumulated over 100 career points, she is second overall in points in Blugold history.  She was a captain as a senior and named to the NCAA D-III All-American Team in 2020.  Elizabeth got her Bachelor’s degree in Kinesiology and minored in coaching during her four years at UW- Eau Claire.

Post college graduation Elizabeth pursued her dream of playing pro hockey and is currently playing in the PWHPA with the Minnesota region ‘Team Adidas’.

Elizabeth is passionate about coaching and helping athletes reach their full potential. She enjoys watching her athlete’s progress throughout their time at MAP and understands the work ethic and determination that it takes to get to the next level.  In addition to her work for MAP, she also enjoys giving back to the game by coaching Tier I AAA Girl’s U-16 Hockey.

Elizabeth has four siblings including a twin sister Emily, who played with her at Eau Claire. Her brother played hockey at UM-Crookston and her father has been a high school hockey coach in Wisconsin for over thirty years. 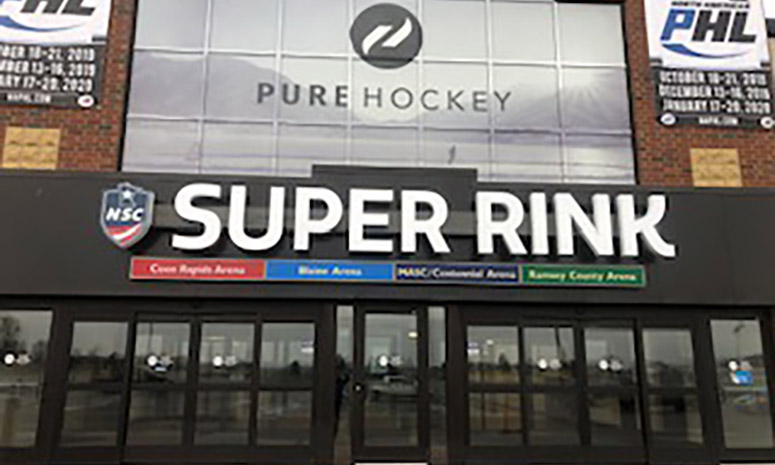 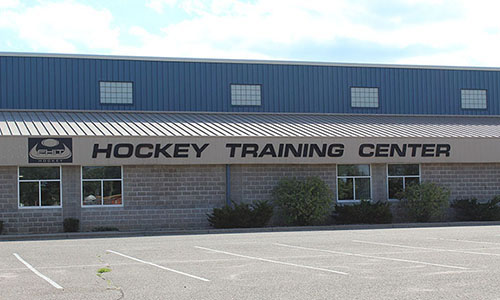 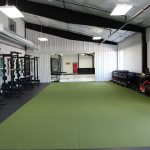 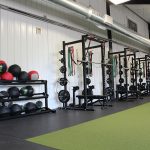 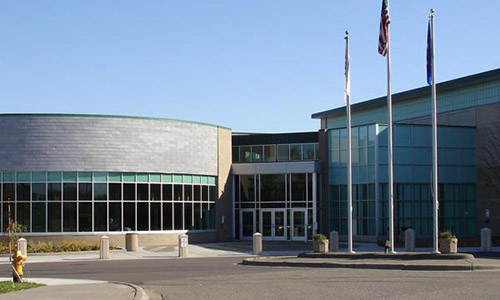 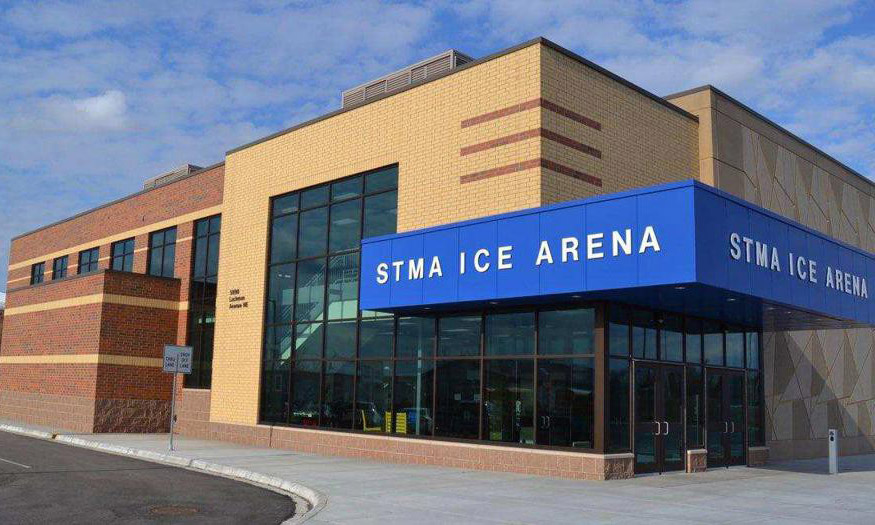